COVID-19 Update: We are OPEN and offering on site and remote services including telehealth video counseling, phone counseling, neurofeedback and biofeedback. We have implemented CDC recommendations for the safety of our clients and staff. Please call or contact us to inquire or schedule. We are here for you.

Learn more about the research supporting neurofeedback, a groundbreaking neurological treatment, which can be used to improve your health and maximize your quality of life. Please contact us with any questions or inquiries – we look forward to helping you.

In one study comparing alpha EEG enhancement training, electromyography biofeedback, and alpha plus EMG biofeedback to a control group found that the group receiving the EEG enhancement training produced 33% more alpha after treatment. All three groups demonstrated significant reductions in test anxiety. In another study, alpha enhancement and EMG biofeedback training was found to increase alpha production from 64% to 78% and to significantly decrease test anxiety. One study by Passini et al. compared 25 anxious patients who received alpha neurofeedback training with a control group of 25 anxious patients. The alpha neurofeedback training produced significant alterations in state and trait anxiety compared to the control, as well as an increase in eyes-closed alpha production from 38% to 55%. An 18-month follow-up showed virtually identical results.

In the case of a college student with obsessional OCD, resistance to treatment was shown after eight previous medication trials. On a pretreatment MMPI he received a T-score of 115 on the Pt (Psychasthenia) scale. After neurofeedback treatment, he decreased to a T-score of 60 on the scale which was maintained after 10 months.

As for depression, one protocol for modifying frontal alpha asymmetry was utilized in a sample of 9 consecutive patients diagnosed with Persistent Depressive Disorder. After 20 30-minute sessions, there was an average decrease on the depression scale of the MMPI of 28.8 T-scores. One patient improved from the category of severely depressed to normal, and two improved from the seriously depressed category to normal. Follow-ups were conducted between one- and two-years following treatment and improvements were found to have been maintained.

Fifteen studies were included in the meta-analysis which included 1,194 total subjects. Results indicated neurofeedback had large effect sizes on inattention and impulsivity. The effect size for hyperactivity was medium. Heinrich et al performed a 3-month follow-up with his participants and found that all measures had further improved. Strehl et al evaluated results after 6 months and revealed that scores in impulsivity, inattention, and hyperactivity had improved even more since the end of treatment. After two years, all improvements in behavior and attention remained stable and EEG-self regulation skills were preserved. Stimulant medication, on the contrary, does not continue to improve symptoms once it is stopped. It is concluded that criteria are met for neurofeedback to be a Level 4: Efficacious treatment.

A case study was completed on a 14 year old boy named Ismat. Ismat is a refugee from Sierra Leone where he experienced war and refugee trauma. He was referred for services after being suspended from school as a result of violent behavior. Ismat was assessed and found to meet criteria for chronic PTSD. His Test of Variables of Attention (TOVA) indicated severe deficiencies related to impulse control, attention, and sustaining focus. Overall, Ismat was found to suffer predominately from dysregulation and impacted social functioning. Ismat’s QEEG showed frontal alpha, frontal slow, and temporal alpha. His intervention was 20 sessions, two per week, of 30 minutes of neurofeedback and 30 minutes of counseling. After the first 10 sessions, Ismat was calmer and more focused. He was able to devote more time to developing strategies to manage his anger, anxiety, and conflicts. He was better able to cope with anger outbursts. After each session, Ismat left feeling calm and would remain calm for 3-4 days after the training. He also reported heightened energy, focus, and concentration during soccer games. Another QEEG after the 20 sessions revealed there was no longer any excess alpha present. There was less delta and frontal alpha consistent with improvement in impulse control and attention span. Askovic and Gould conclude that for psychotherapy to be successful, the client must be able to change and learn from experience which is facilitated through neurofeedback.

Huang-Storms et al. investigated the effectiveness of neurofeedback in reducing behavioral problems common in abused/neglected youth. Participants included 20 adopted children with history of removal from their home by Child Protective Services. Assessments used included the Child Behavioral Checklist (CBCL) and the Test of Variables of Attention (TOVA) which were given prior to treatment and after 30 sessions of neurofeedback. Each of the participants, 6-15.5 years old, presented many typical symptoms of RAD and had participated in multiple previous therapies. During the current study, each underwent 30-40 neurofeedback sessions over the course of 2-8 months. Huang-Storms et al. found that aggressive, delinquent, and socially problematic behaviors were significantly reduced as well as attention difficulty, anxiety/depression, and thought problems. CBCL and/or TOVA scores changed from clinical/borderline ranges to normal ranges and suggested a general decrease of physiological and emotional arousal dysregulation.

Gapen et al. conducted a proof-of-concept study for the use of neurofeedback with multiply traumatized individuals between the ages of 34 and 64 who suffered from treatment resistant PTSD. Sessions occurred twice weekly until 40 sessions total were reached. Gapen et al. found that symptoms of PTSD in all three clusters were reduced significantly from a score of 69.14 to 49.26, and that affect dysregulation specifically was decreased. Gapen et al. conclude that neurofeedback may increase tolerability to treatment since clients are not exposed to emotionally traumatic material.

Van der Kolk et al. sought to examine the efficacy of neurofeedback in increasing affect regulation and decreasing PTSD symptoms in adults with multiple traumatic exposure and treatment resistant PTSD. Treatment resistance was quantified as six or more months of trauma focused therapy without self-reported improvement. The participants, 18-58, had 24 total neurofeedback sessions twice weekly lasting up to 30 minutes each. The 24 sessions of neurofeedback resulted in significant improvements compared to the waitlist control group. There were significant improvements in measures of affect regulation, identity impairment, abandonment concerns, and tension reduction activities. The authors conclude that neurofeedback many be especially beneficial for trauma survivors who are too dysregulated to participate in exposure based treatments.

Jarusiewicz, B. (2002). Efficacy of neurofeedback for children in the autistic spectrum: A pilot study. Journal of Neurotherapy: Investsigations in Neuromodulation, Neurofeedback and Applied Neuroscience, 6(4), 39-49. Http://dx.doi.org/10.1300/J184v06n04_05

24 autistic children were matched according to sex, age, and disorder severity then split into two groups. One received neurofeedback training while the other acted as a control group. Sessions were given 1-3 times per week, and participants completed on average 36 sessions. Each of the participants who received training improved according to The Autism Treatment Evaluation Checklist (ATEC). Specifically, levels improved from 8% to 56% with an average reduction of 26%. Sociability improved 33%, speech/language/communication 29%, health 26%, and sensory/cognitive awareness 17%. The control group showed improvement at only 3% during the same period of time. Parents were then asked to rate improvement on a scale of 1-10, from least to most. Socialization, vocalization, and school work were rated to improve by an average of five points, tantrums by four points, and anxiety by three.

This study sought to discover the feasibility of neurofeedback as a treatment for children with Autism. The participants for the study were ten children ages 7-12 with high functioning Autism Spectrum Disorder (ASD) and attention deficits. Each session consisted of 25-30 minutes of neurofeedback, a break, 25 more minutes of neurofeedback and a small prize afterwards. Participants achieved significantly higher scores on a math achievement test despite the trend of decreased academic performance during summer vacation. They also significantly improved their Full Scale Response Control Quotients on the IVA. The most common supports to neurofeedback were positive reinforcements and breaks that included calm breathing exercises. Parental involvement and accommodation were also helpful. 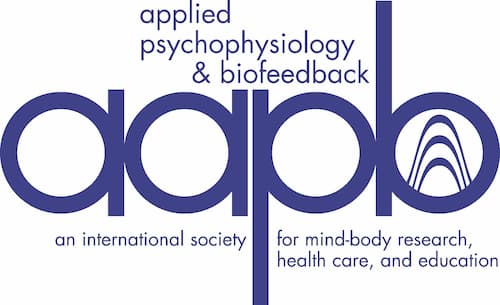